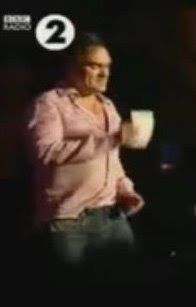 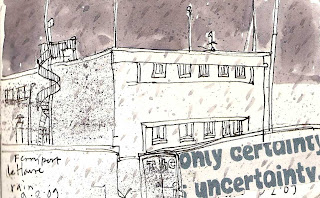 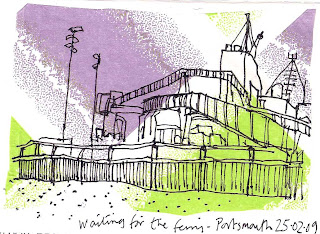 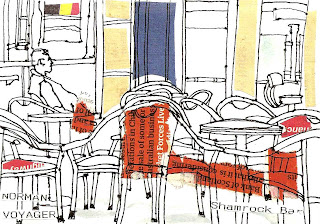 One thing (amongst several) that I really respect about you Caroline is that you always have your sketchbook, which is therefore regularly in use. Leading by good example for your students and all would-be artists.
This results inmany pleasing "snapshots" of crayo-genic scenes and situations that otherwise wouldn;t get drawn or painted.
Respect!

Why, thank you!
Yesterday I drew the railway crossing at Quedillac..
I've been entranced by a group called 'urban sketchers, some of whom do several drawings a day.
Here's one of them I particularly enjoy..
http://gabicampanario.blogspot.com/
Cheers XX

Respect from me too! Am I copping out to always travel with my camera instead? (and sketch book-but I'm not in your league!)
Glad you had a good trip-he's looking rather middle aged now isn't he? Morrissey I mean, but I can talk
All the best
Sue

Thanks, Sue! I always carry my camera,too. On Saturday I did the railway crossing sketch and now I'm working from a photo- same scene.
It feels a lot different from my pictures from photos only.
XX