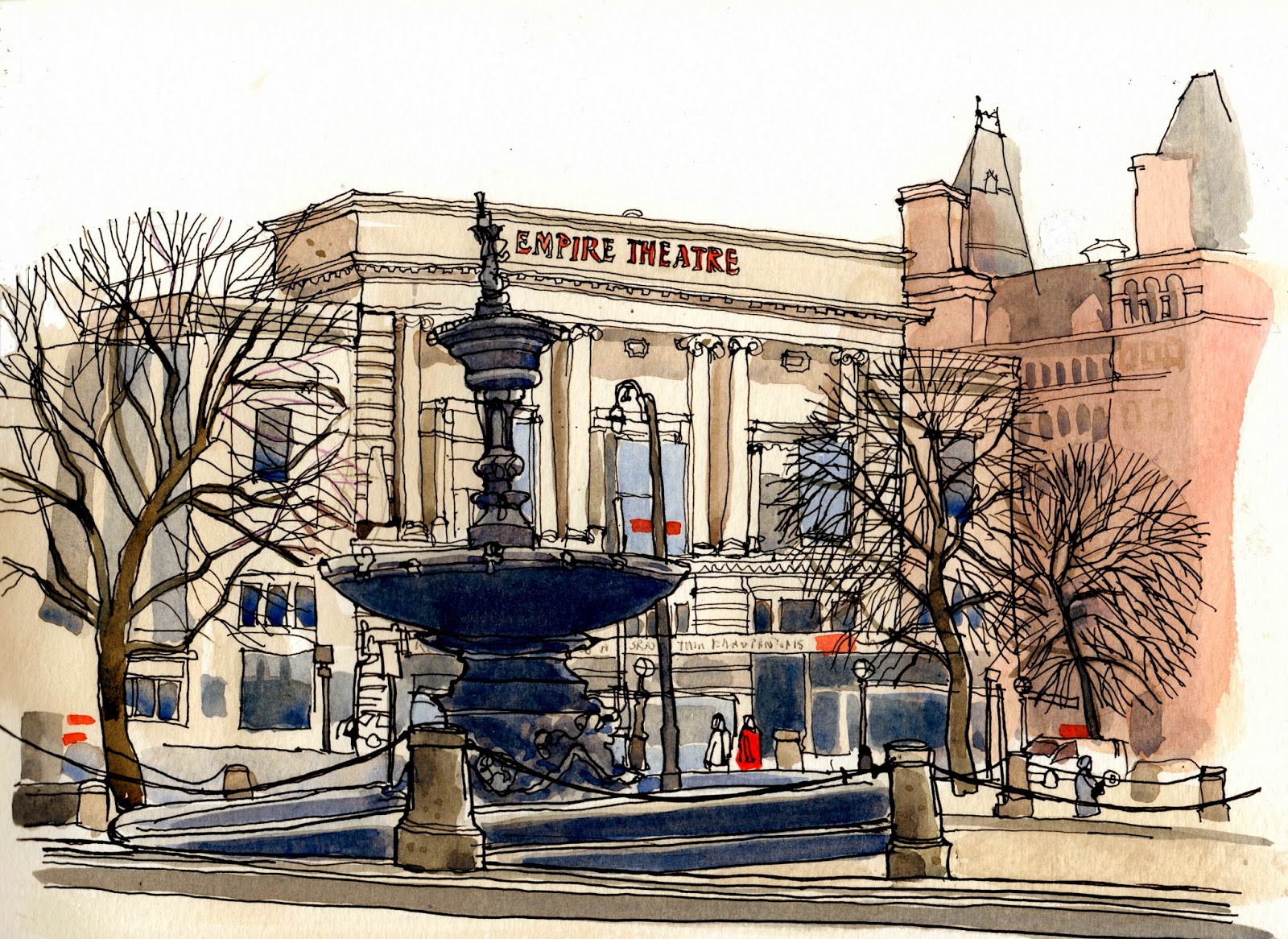 Being born during one of the worst winters on record doesn't bode well for birthday outings, but on a sunny day this week we caught the train to Liverpool.
It's often cool and breezy in this city by the River Mersey.  And it's bright, airy and spacious by comparison to our usual Manchester.. the light's so different here, and quite beautiful.

There's a lovely view from The Walker Gallery on William Brown Street. In the foreground is the Steble Fountain:
" The casting from which the fountain was derived had originally been designed for the Paris Exposition of 1867. At the opening ceremony in 1879 the mayor turned the fountain on with a silver key presented by Steble, but the water pressure was low and the effect was "dismal"."
I expect it was more impressive than today, though, when there's not a drop of water in sight! 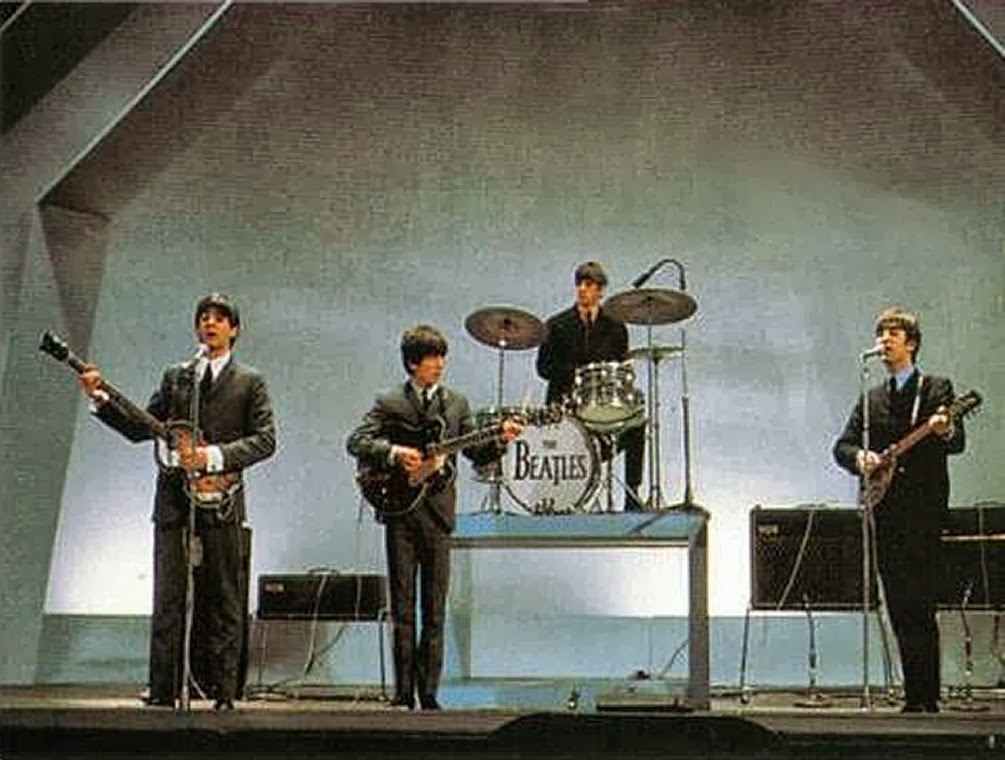 Across the square towards Lime Street station is the Empire Theatre with its imposing neo-classical facade in Portland stone.
"In 1957 a local pop group called The Quarrymen appeared at the Empire Theatre. They returned in 1959, having changed their name to "Johnny and the Moondogs". They returned to the Empire again in 1962, now named The Beatles."
Crowds gathered in this square after the death of Gladstone, Queen Victoria and the assassination of John Lennon. 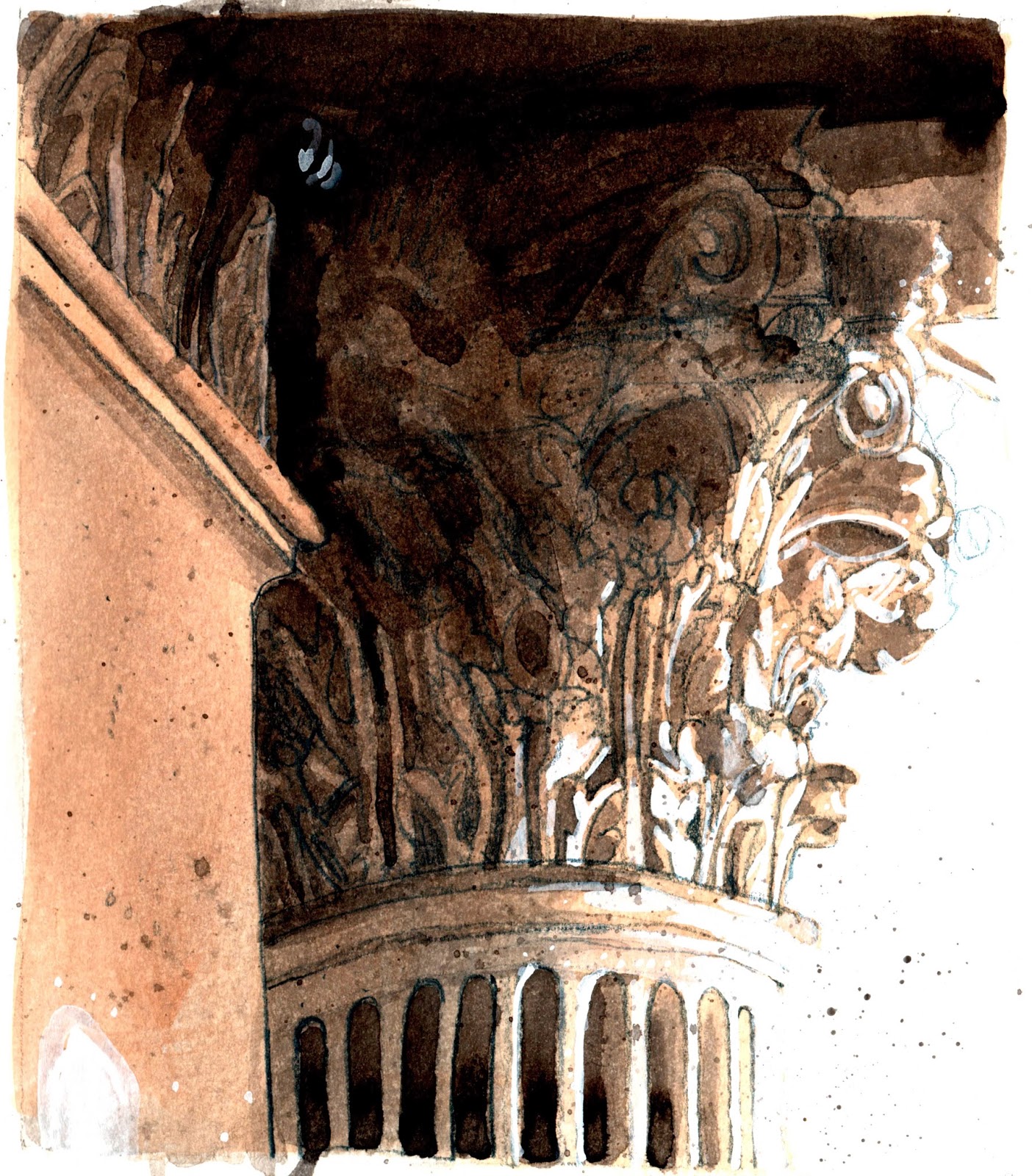 A Corinthian Column, Walker Gallery, Liverpool
It's too chilly to spend much time sketching the view before we head inside the gallery to see the David Hockney exhibition, so I finish my picture the next day in the warmth of the studio. I don't see this as cheating but as a sensible choice. Yes, I could sit on the gallery steps and risk frostbite or, worse, certain painful conditions involving internal organs, referred to discreetly as 'Trouble Down There'... but that would be stupid of me, especially a I'm a whole year older this week!
Posted by Caroline at 21:21 3 comments: