Out and About and Inside In 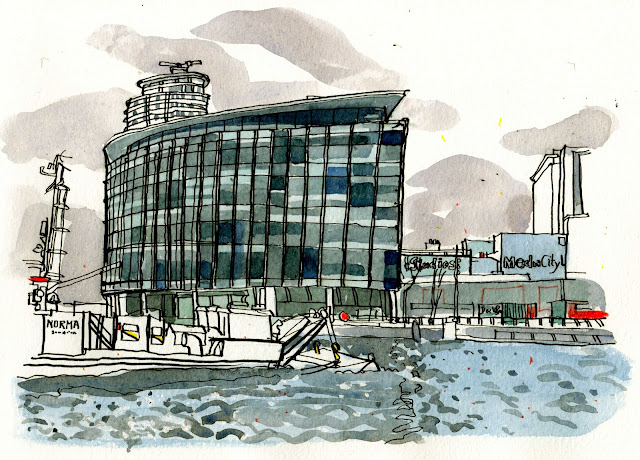 Life's been so hectic with work to finish for my solo show at Salford Museum and Art Gallery.

It opens on 23rd March and we're in the throes of invites, press, publicity, framing, pricing, and catering for the private view on the Friday evening. Help!!

I've made time, however, for some urban sketching (often with Manchester School of Art Urban sketchers) which will form part of the show... it's on until early July and during this time I'll be out and about drawing Salford and Manchester. 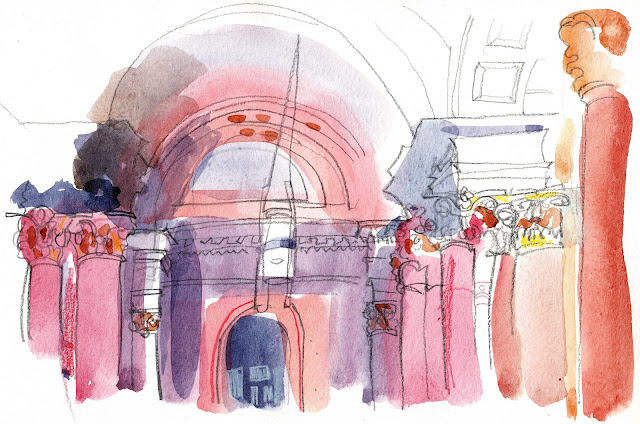 I'd like to Tweet where I am on these days, too, so people can come and see what I'm doing. Not that they usually need any encouragement!

It's my way of bringing art to the people, the ones who mightn't usually set foot in a gallery, and it's an important side of urban sketching which shouldn't be overlooked.

At the same time I'll encourage them to have a look at the exhibition- and dispel any preconceptions that the artist is a recluse producing unfathomable works which are removed from any reality.

Well, that's the idea anyway- they might just see me as some mad old bag whittering on about unconsequentialities!

Posted by Caroline at 12:06 No comments: