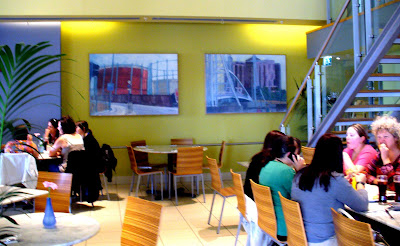 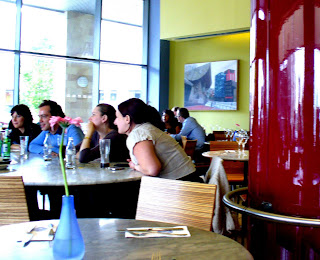 Congratulations! I hope you picked an American Hot - my favourite.

I have downloaded all the paintings so am very familiar with them.

They do look good hanging there.

Thanks, Dot... I has the cheapest thing on the menu as she only told us after the first course that it was gratis... curses!

They look great! There's often the most horrific stuff on restaurant walls. Congratulations.